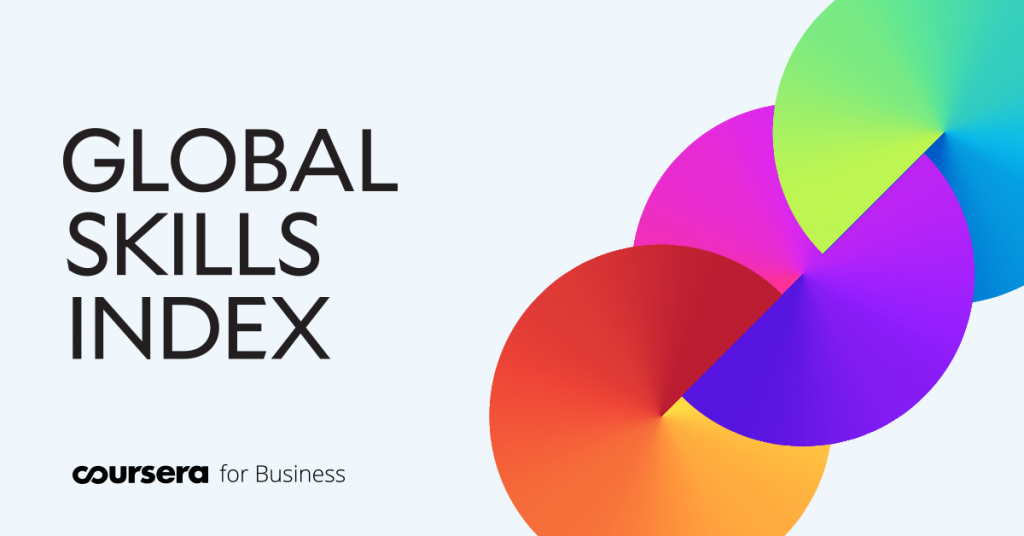 Today marks the release of the inaugural Coursera Global Skills Index (GSI), an in-depth look at skill trends and performance around the world, made possible by the millions of learners who come to Coursera to learn and grow.

Skills are the foundation of human productivity and economic success. Yet the skills landscape as we know it is under transition. Technology is advancing faster than humans, and the skills that once fueled our economy will no longer suffice. Companies, countries, and individuals are grappling with a serious skills shortage, in addition to uncertainty on which skills they need to succeed in the changing economy.

Urgency around upskilling is a global one, but there is no one-size-fits-all solution. Each country has a unique set of circumstances – economic, political, social – that shape their skills landscape today. Industries, too, face challenges unique to their verticals that require tailored talent strategies. This first edition of the Coursera Global Skills Index looks closely at these trends, benchmarking 60 countries and 10 industries across Business, Technology, and Data Science skills. The findings draw from an innovative data methodology that uses machine learning to map skills to the content that teaches them and then robustly measure skill proficiencies based on the assessment performance of the millions of learners on Coursera.

We are excited to reveal these rich skills insights, but this is just the beginning. Looking ahead, we will continue to partner with governments, businesses, and individuals around the world to put this data into action, and turn the shifting tides of the skills landscape into an opportunity to train, innovate, and compete.

Here are some of the key findings: