Daphne Koller co-founded Coursera in 2012. She served as the company’s Co-CEO until 2014, and then as President until 2016. Daphne has recently founded Insitro which applies machine learning techniques to drive innovation in the area of life sciences. Before Insitro, Daphne served as Chief Computing Officer of Calico Labs, an Alphabet (Google) company using advanced technology to understand aging. Before founding Coursera, Daphne was the Rajeev Motwani Professor of Computer Science at Stanford University, where she served on the faculty for 18 years. She is the author of over 200 refereed publications, and has been honored with multiple awards and fellowships, including the Presidential Early Career Award for Scientists and Engineers (PECASE), the ACM Prize in Computing, the MacArthur Foundation Fellowship, and the Cox Medal for excellence in fostering undergraduate research at Stanford; she was also recognized as one of TIME Magazine’s 100 most influential people in 2012. Daphne was inducted into the National Academy of Engineering in 2011 and elected a fellow of the American Academy of Arts and Sciences in 2014

Chair of the Board and Co-Founder of Coursera

Andrew Ng co-founded Coursera in 2012, served as the company’s Co-CEO until 2014, and is currently the Chair of the Coursera Board. He is the former Chief Scientist at Baidu, a Chinese language search engine, where he was responsible for driving the company's global AI strategy and infrastructure. Dr. Ng is also an adjunct professor in the computer science department at Stanford University. In 2011, he led the development of Stanford's Massive Open Online Course platform and taught an online machine learning class that was offered to over 100,000 students - the initiative that led to the co-founding of Coursera. Previously, Dr. Ng was the founding lead of the Google Brain deep learning project. Dr. Ng has authored or co-authored over 100 research papers in machine learning, robotics, and related fields. In 2013 he was named to the Time 100 list of the most influential persons in the world. He holds degrees from Carnegie Mellon University, MIT, and the University of California, Berkeley. 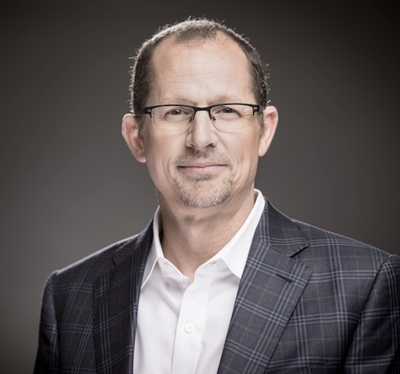 Jeff Maggioncalda joined Coursera as CEO in June 2017. He previously served for 18 years as the founding CEO at Financial Engines Inc, a company co-founded by economist and Nobel Prize winner William Sharpe. Financial Engines grew rapidly under Jeff's leadership, providing high-quality online investment advice that has helped millions of people save and prepare for retirement. Jeff has also worked as a consultant at McKinsey & Company and Cornerstone Research, and continues to serve as a Director of Silicon Valley Bank, Inc. He holds an MBA from the Stanford Graduate School of Business and a Bachelor's degree in Economics and English from Stanford University. In his free time, Jeff is a lifelong learner and proud dad, and enjoys studying music theory and spending time with his wife and three daughters. 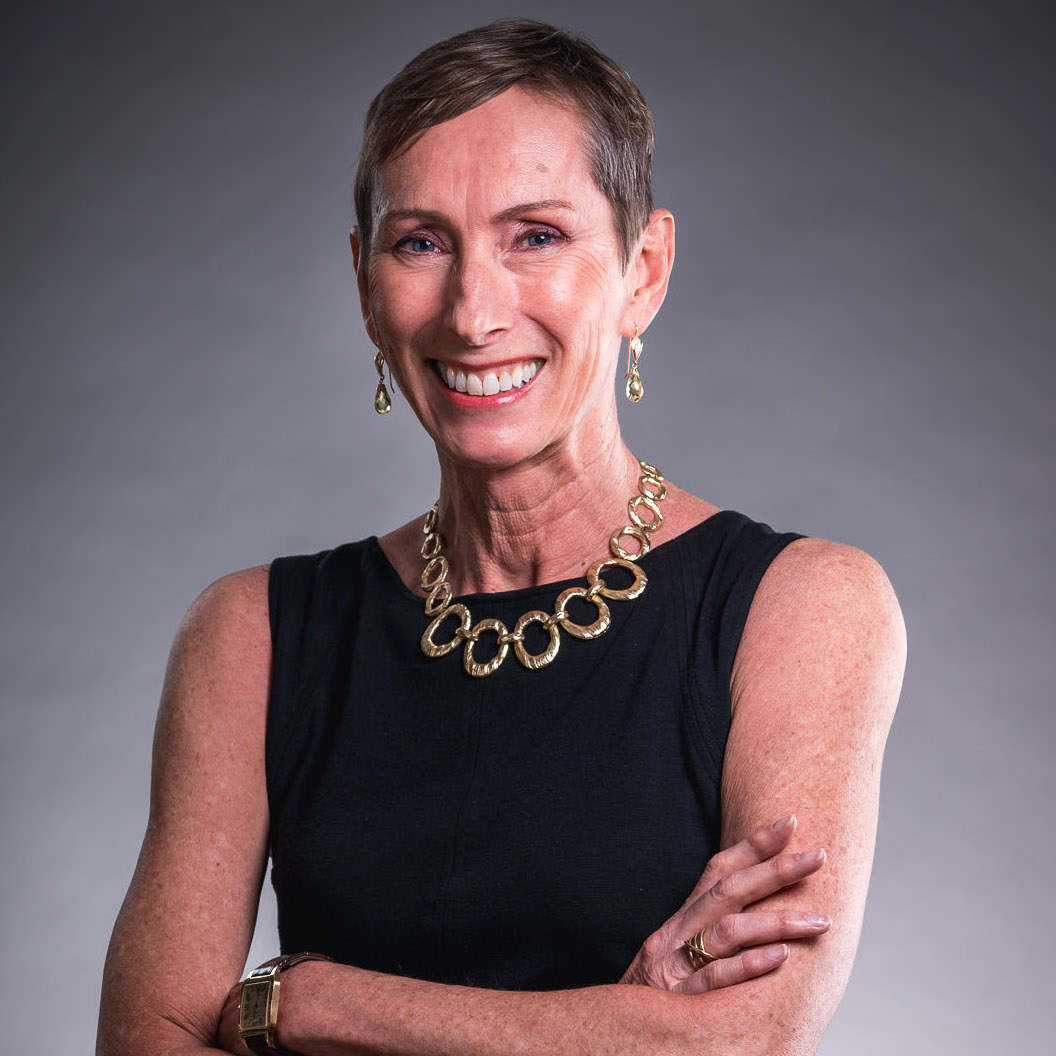 Dr. Betty Vandenbosch is Chief Content Officer at Coursera, where she oversees the company’s content and credential strategy and partner relationships. Before joining Coursera, Betty was chancellor of Purdue University Global, an institution resulting from Purdue University’s 2018 acquisition of Kaplan University. At Purdue, Betty oversaw academics for more than 32,000 students -- most of whom earned their degrees online. Before that, Betty held a number of leadership positions at Kaplan University and served as associate dean and associate professor at the Weatherhead School of Management at Case Western Reserve University. Throughout her career, Betty has won several awards in teaching and research. She earned her PhD in Management Information Systems and MBA from Western University in Ontario, Canada. 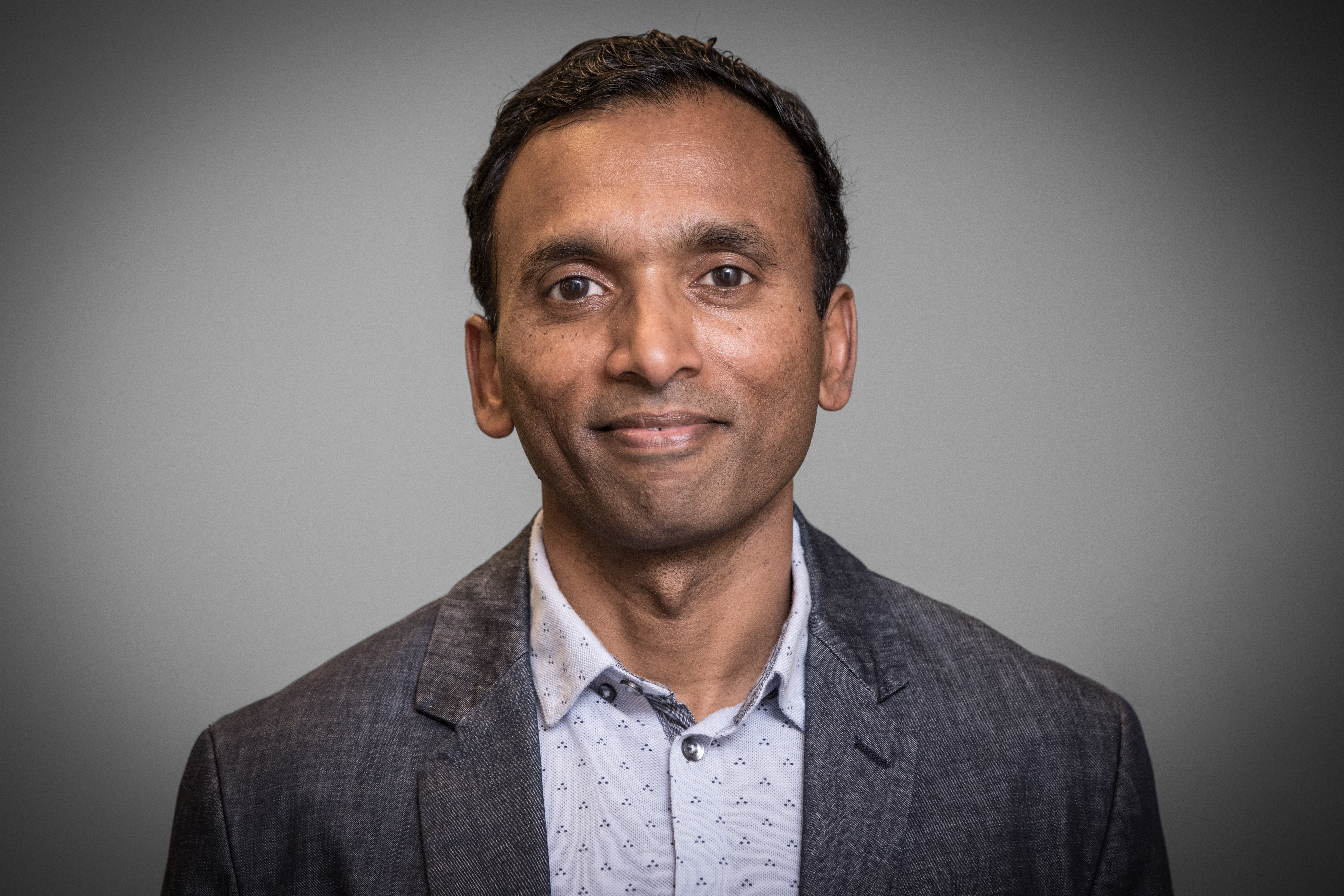 Shravan Goli is Coursera's Chief Operating Officer. Before joining Coursera, Shravan was at DHI Group Inc. where he initially served as President of Dice, a tech job marketplace, and successfully led the growth strategy and operations for Dice, Dice International, ClearanceJobs, and Slashdot Media. Before that, Shravan served as President and Chief Executive Officer of Dictionary.com where he sparked impressive growth through product innovation. Previously, Shravan was GM for Social Media Business at Slide, Inc. and at Yahoo!, he served as GM for Yahoo! Video and as Head of Products for Yahoo! Finance. Earlier in his career, Shravan was at Microsoft where he started out as an early member of the MSN.com team and led the launch of several MSN services and subsequently held roles in the home and entertainment division. In addition, he was a co-founder of Corners.in, a content-centric social networking service. Shravan holds an M.B.A. from the University of Washington and an M.S. in Computer Science from the University of Maryland. 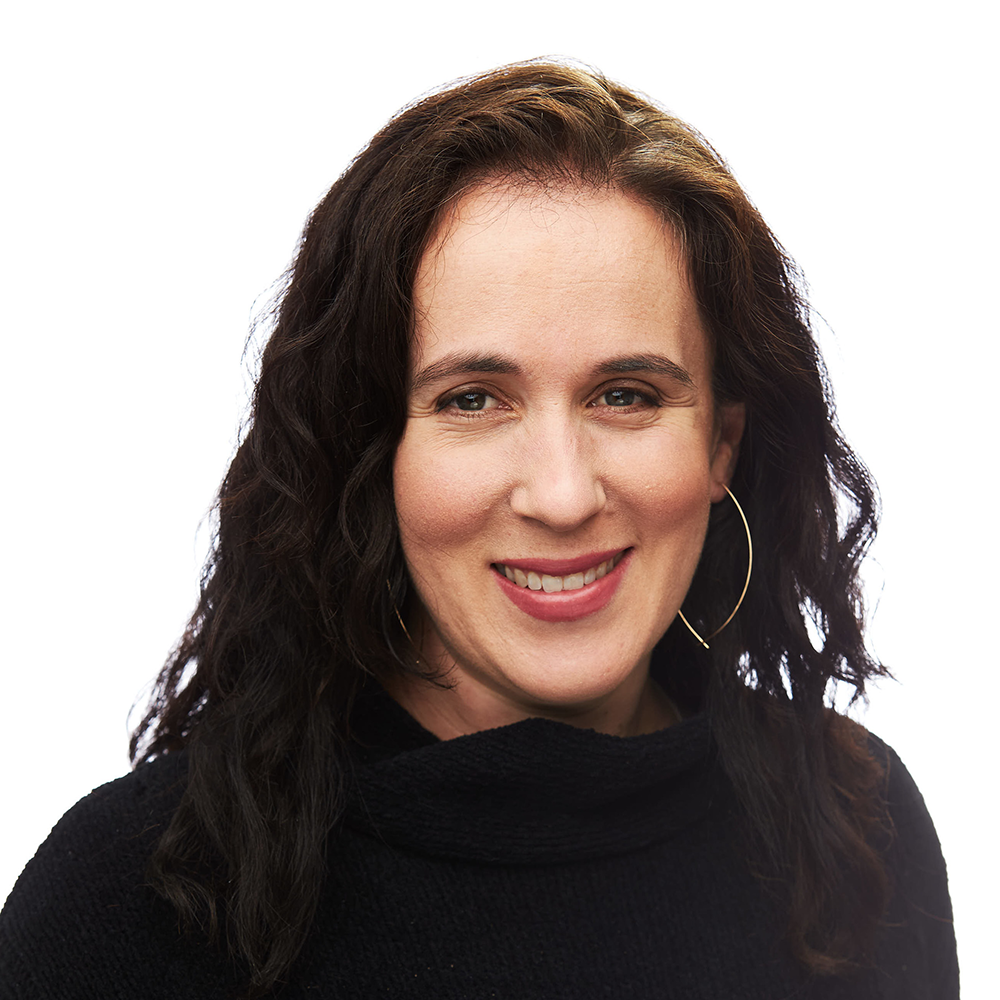 Leah is Chief Revenue Officer at Coursera. Prior to Coursera, Leah was SVP at Kaltura, an Intel Capital funded video technology company, where she oversaw enterprise growth, operations, services, and international expansion. Leah began her career at the World Bank and National Institutes of Health, served on President Obama's Technology Policy Committee, and was a member of the Council on Foreign Relations. She also sits on the Board of Engine Advocacy, a leading technology and startup policy organization that promotes freedom of expression, innovation, and access to knowledge. Leah is a graduate of Yale Law School and received her undergraduate degree from Brown University. In 2020, she was listed in Fortune Magazine’s 40 under 40. 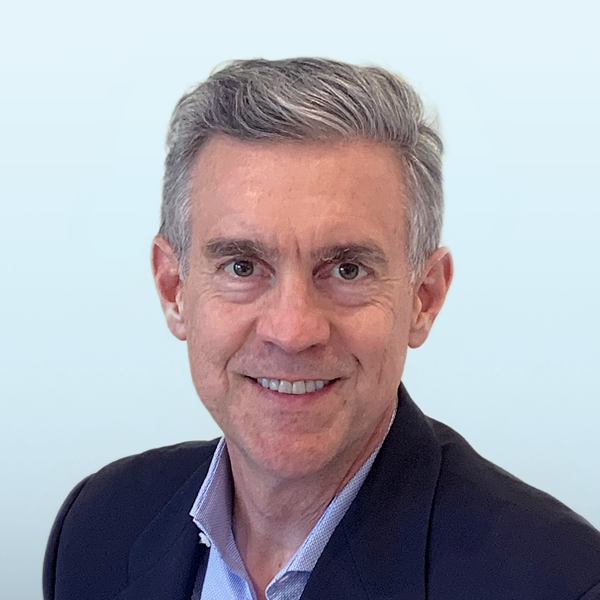 Ken Hahn is Chief Financial Officer at Coursera, where he oversees the company’s financial strategy and investments to drive growth and impact for our business worldwide. Ken has more than 20 years of experience as Chief Financial Officer at public and private companies, including Collective Health, iControl Networks (acquired by Comcast), QuinStreet, and Borland Software. Ken comes with a strong track record of building teams, processes, and infrastructure to help companies scale efficiently. Prior to his executive roles, Ken worked at the Boston Consulting Group and PricewaterhouseCoopers. He graduated summa cum laude from CSU Fullerton and was named an Arjay Miller Scholar when he earned an MBA from the Stanford Graduate School of Business. 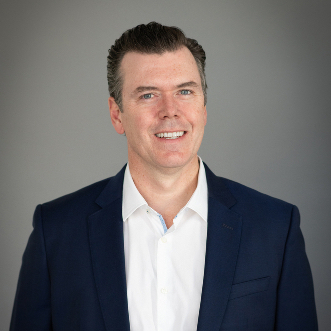 Tim Hannan is the Chief Marketing Officer at Coursera. With over 15 years of leadership experience at top consumer and enterprise marketplaces, Tim brings expertise in growing and scaling brands to Coursera. During his nearly five years at eHealth, Tim served as Chief Marketing Officer and, most recently, Chief Revenue Officer. He oversaw and optimized departments, built industry-leading digital marketing capabilities, and created a more dynamic, rapidly growing business. Previously, Tim was CMO of Ibotta, Inc., one of the nation’s top shopping apps, and held leadership positions at Trip.com, Orbitz Worldwide, and Expedia. He earned his undergraduate degree in quantitative economics and finance from Providence College and an MBA from London Business School.

Rich Jacquet is Coursera’s Chief People Officer. Prior to joining Coursera in 2019, Rich was the Chief People Officer at Gigamon, a network security company with approximately $350 million in revenues. While shaping Gigamon’s culture and employee experiences, he helped take the company public and scale the team to over 800+ people. Rich has also held significant leadership positions at Yahoo!, eBay, Packeteer and Bay Networks. He has an MBA in Organizational Studies from Notre Dame de Namur University and earned his BS in Business from California State University at Chico. 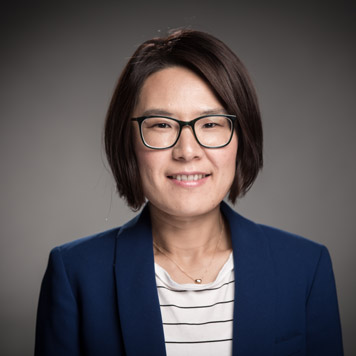 Xueyan Wang is Senior Vice President of Services at Coursera. In this role, she oversees program management, partner services, learner services, and community initiatives supporting online degrees and Coursera’s consumer and enterprise businesses. Prior to joining Coursera in 2014, Xueyan spent 9 years at Google leading various services and operations functions in the U.S. and China across advertising, commerce, and consumer products. While at Google China, she established Google’s advertising policies and process, helping launch Google AdWords in China in 2005 which grew into multi-million dollar business. Xueyan has a Master’s in Communication from the University of Georgia and earned her B.A. from Beijing Foreign Studies University in China. 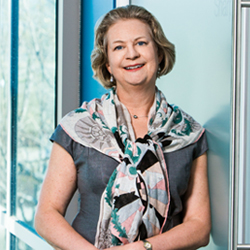 Anne Tuttle Cappel is General Counsel at Coursera. She spent the previous 13 years as General Counsel for Financial Engines where she was a key leader of the company’s 2010 IPO and responsible for all of the company’s legal affairs, corporate governance, and regulatory strategy. Prior to joining Financial Engines, Anne served as Vice President and Assistant General Counsel at Loomis Sayles & Company, a federally registered investment advisor, handling contractual, compliance, and regulatory matters. While with a global private investment group, Anne handled venture capital and private equity investments in technology, pharma, communications and education companies, intellectual property, and domestic and international tax matters. Anne received a J.D. from Boston University School of Law and a B.A. in Economics from Yale University.

Mustafa Furniturewala is the Head of Engineering at Coursera. With oversight of infrastructure and product development, he enables Coursera’s platform to operate at scale while advancing new products and technology through innovation. Prior to joining Coursera in 2014, Mustafa held various engineering roles at Twitter, Evernote, and Citrix Systems. He received his Master’s degree in Computer Science from Rochester Institute of Technology and earned a Bachelor of Engineering degree from Savitribai Phule Pune University in India. 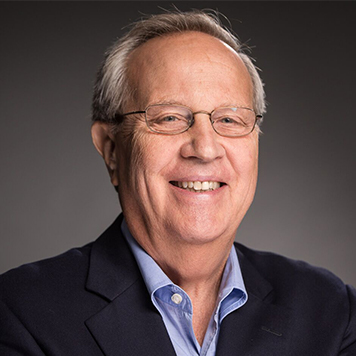 Rick Levin is a Senior Advisor at Coursera and the former CEO. He joined the company in 2013, after completing a twenty-year term as President of Yale University, during which time he rebuilt the campus, redeveloped downtown New Haven, co-founded Yale-NUS College in Singapore, and generally strengthened the University’s international programs – in China in particular. He is the Frederick William Beinecke Professor of Economics, Emeritus.

Wayne A. I. Frederick